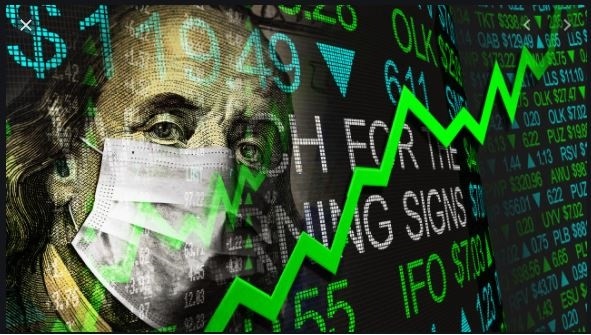 September Newsletter - A Recession and a Rally Like No Others

Imagine yourself at the beginning of the year. You have knowledge that within weeks a novel virus will emerge that will shut down much of the global economy. Businesses will close, sporting events will be canceled, your daily routine will be altered, travel plans will be derailed, and tens of millions of Americans will be thrown out of work.

There is no preventative vaccine, no cure, and the virus can be contracted like the common cold or the flu via airborne contact.

This will turn into a health and economic crisis that no one alive has ever experienced.

It sounds like a script created in a Hollywood studio. Yet, it’s the reality of 2020.

With the foreknowledge that a global pandemic and economic collapse is on the horizon, how might you position your investment portfolio?

Many would have correctly anticipated a swift sell-off in stocks as the virus swept across the globe and the U.S economy went into hibernation. The safety of cash or long-term Treasury bonds would have been alluring.

But consistently picking the peaks and valleys in stocks, or even something close, is a fruitless endeavor. We know that intuitively.

When might the investors who had fled to safety decide to repurchase equities, returning to the proper asset allocation designed to achieve their financial goals?

Would the unending drumbeat of bearish sentiment have kept them out of the market and in the safety of cash or government bonds? For many, it’s difficult to pull the trigger when the news is bleak, and there’s no light at the end of a dark tunnel.

The swift sell-off in stocks is in the record books. It was violent but short-lived.

While the Dow has yet to eclipse its prior high, the S&P 500 Index set a new record on August 18 and proceeded to set six new closing highs by the end of August (St. Louis Federal Reserve S&P 500 data).

Strength in a few large technology stocks have helped fuel the rise in the S&P 500, while strong technology performance has fueled a spectacular advance this year in the Nasdaq.

The pandemic changed the rules. There’s no playbook to model outcomes. The Fed, economists, and analysts are all playing by new rules.

Aided by fiscal and monetary stimulus, price action in the market since late March accurately called the bounce in economic activity that began in May and has continued into August.

However, let’s acknowledge that the recovery did slow in July (based on the broad-based Chicago National Activity Index, which is comprised of 85 monthly economic reports).

And while the economy is in recovery mode, it has been very uneven.

We’re seeing a strong stock market, which has been supported by unprecedented liquidity supplied by the Fed, rock bottom interest rates, and an improvement in the overall economy.

The https://www.frbatlanta.org/cqer/research/gdpnow Atlanta Fed’s GDPNow model]], which inputs economic growth into a complex GDP model as new economic reports are released, is tracking an annualized growth rate of 28.5% in Q3 (as of September 1).

While we could see moderation in activity prior to the quarter’s end, anything north of 16.7% annualized GDP growth, which occurred in the first quarter of 1950 (St. Louis Fed), would set a new record.

Blemishes remain on the economic landscape

It has been an uneven recovery. While companies have been recalling furloughed workers, total employment remains well below the pre-Covid peak. For example, the U.S economy has yet to reclaim even half of the 22.1 million jobs lost in just March and April (U.S. BLS through July).

July’s unemployment rate (August will be updated Sep 4) of 10.2% is down from the April peak of 14.7% but remains above the 10.0% peak that occurred in the Great Recession (St. Louis Fed).

First time claims for unemployment benefits have been hovering near one million each week, well above the 665,000-peak registered in the Great Recession (St. Louis Fed).

Meanwhile, the economy may need another shot of fiscal stimulus, but lawmakers are at an impasse.

A liquidity crisis was avoided when the Fed flooded the financial system with cash, but economic output remains subpar, and potential solvency issues among homeowners and businesses may create new hurdles down the road.

We remain incredibly bullish on the long-term prospects for the U.S. economy, but we are monitoring short-term risks.

Outsized gains in a few technology shares leave the market vulnerable to a pullback. When we see stocks priced at lofty levels, any unexpected surprises can create volatility.

The path of the virus remains top of mind. Fortunately, the mid-summer spike in cases has subsided (Johns Hopkins). Yet, could we see a second wave in the fall or winter? Might we see a resurgence in the virus amid the reopening of schools? What if the massive effort to develop a vaccine comes up short?

The election is barely two months away, which could create headline risk. Or, might tensions between the U.S. and China generate waves in the market?

While markets don’t always get it right, they attempt to price in the future. Markets are made up of millions of investors that have a financial stake in their decisions. Current price action suggests the economy will continue to improve, though the pace of improvement is uncertain.

As we said last month, the economy may not be the same when the pandemic is behind us, but we are a resilient people, we will persevere, and we will adapt.

We trust you’ve found this review to be helpful and educational.

We understand the uncertainty facing all of us. We are grappling with an economic and a health care crisis, not to mention recent civil unrest. It’s a combination none of us have ever faced.

If you have questions or concerns, let’s have a conversation. That’s what we are here for.