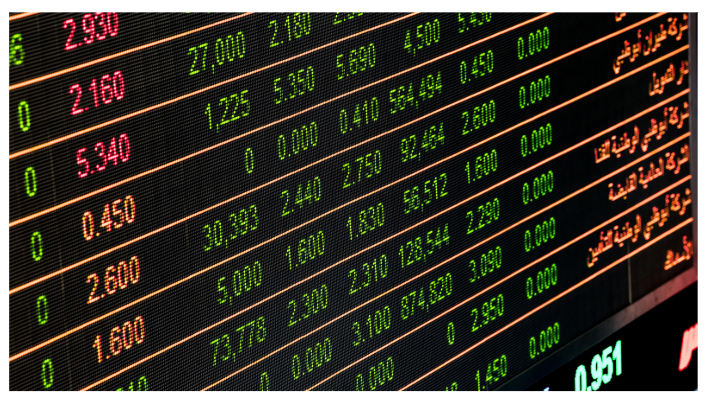 A review of Q4 2020, Presented by Heritage Wealth Management

THE QUARTER IN BRIEF

On Wall Street, the fourth quarter's biggest development had everything to do with science and medicine. In November, news that two vaccines had been highly effective against COVID-19 in clinical trials strengthened Wall Street's fall rally. The Food and Drug Administration (FDA) authorized both vaccines for emergency use weeks later.

Two important deals were struck after much negotiation. In the nation's capital, Congress approved a second economic stimulus in response to the pandemic. Overseas, the United Kingdom and the European Union met the deadline to forge a post-Brexit trade agreement.

The federal government's Operation Warp Speed produced results. In December, the FDA greenlighted the immediate distribution of two COVID-19 vaccines, both of which were found more than 90% effective in clinical trials. States began vaccinating health care workers and residents of long-term care facilities on December 14. On Main Street and Wall Street, there was hope that the end of the pandemic was in sight, albeit not near at hand.1,2

In the second half of December, Capitol Hill legislators approved a new economic stimulus for American households, which President Donald Trump subsequently signed into law. The new stimulus included $600 economic relief payments for most taxpayers and at least a 10-week extension of the enhanced $300 federal jobless benefit.3

The Department of Labor statistics showed headline unemployment lessening in the quarter, dipping to 6.7% in November from 6.9% in October. The U-6 jobless rate, which counts both the unemployed and the underemployed, was 12.1% in October, 12.0% a month later. The economy added 610,000 net new jobs in the quarter’s first month, and 245,000 in its second.4

Understandably given fall headlines, consumer spending and consumer confidence wavered. The Bureau of Economic Analysis said personal spending contracted in both October (0.3%) and November (0.4%), along with personal incomes (down 0.6% in October, and 1.1% in November). Retail sales, ticking down only 0.1% in the tenth month of the year, slumped 1.1% during the eleventh, according to the Census Bureau. The University of Michigan's monthly consumer sentiment gauge came in at just 76.9 in October and 80.7 in November; the Conference Board's monthly consumer confidence index declined from 92.9 to 88.6 in the same time frame.4

Both the service and manufacturing sectors were growing, at least according to the monthly purchasing manager indices (PMIs) at the Institute for Supply Management. ISM states that when these indices are above 50, the sectors are expanding. Its monthly manufacturing PMI was at 59.3 in October and 57.5 in November; its services PMI came in at 56.6 in October and 55.9 the following month.4

In contrast to most of the above economic indicators, existing home sales rose in November and declined in October. National Association of Realtors reports showed residential resales improving 4.4% in the opening month of the quarter, followed by a 2.5% November dip. As for new homes, the Census Bureau said they plunged 11.0% in November, following a 2.1% October descent.4

Federal Reserve chairman Jerome Powell on December 16 said that the central bank would keep buying bonds until the economy showed "substantial" improvement. To many traders and market analysts, that commitment signaled that interest rates might stay near historic lows for years; in fact, the latest consensus opinion among Fed policymakers projects no change for the federal funds rate through 2023. Last month, the Fed forecast a 2.4% contraction for the U.S. economy in 2020, improved from a 3.7% estimate in September. For 2021, it sees economic growth of 4.2% and unemployment declining to 5.0% by year's end.5

The United Kingdom and European Union hammered out a post-Brexit trade agreement, beating a year-end deadline; Michel Barnier, the E.U.'s chief negotiator in the deal, called the Brexit "an act of mutual weakening." The E.U. has lost one of its largest members, one that accounted for about a sixth of its economy. While the U.K. gains some political control, its residents can no longer live or work in much of Europe with the ease they once knew, and its economy and financial industry may face potential setbacks.6

China's powerful economy was expanding again, according to China government reports. The nation's official factory sector purchasing manager index stood at 51.9 in December, down from 52.1 in November; anything over 50 signifies sector growth. China's services PMI has been above 50 for ten months. China's government never announced an economic growth target last year; according to CNBC, its 2020 gross domestic product will approach 2.0%, compared to the 6.0% GDP of 2019.7,8

Thinking about financing a new car or truck? If so, think about gap insurance: auto insurance designed to cover the "gap" between the loan balance and the vehicle's actual value. Should a new vehicle be stolen or damaged, the standard insurance payment may correspond to its actual value, which could be less than what you owe on it. Gap insurance addresses this difference.

Optimism grew on Wall Street as the quarter progressed. The Nasdaq Composite, S&P 500, and Dow Jones Industrial Average all saw double-digit Q4 gains, and all three benchmarks advanced for 2020.11

In this past quarter, bullish sentiment was widespread on Wall Street. In the opening quarter, investor optimism may rise as the vaccine gets more widely distributed. Frustrations in the first few weeks of Q1 may test stocks; on the other hand, measurable progress against the pandemic could renew enthusiasm.

The market indexes discussed are unmanaged and generally considered representative of their respective markets. Individuals cannot directly invest in unmanaged indexes. Past performance does not guarantee future results. U.S. Treasury Notes are guaranteed by the federal government as to the timely payment of principal and interest. However, if you sell a Treasury Note prior to maturity, it may be worth more or less than the original price paid.

Many Americans believe that 2021 will be better than 2020. In the glass-half-full outlook, with most of the nation vaccinated by spring, it takes until fall in the glass-half-empty view. In either scenario, business sectors hurt stay-at-home orders could bounce back before the end of the year.13

“Never give up trying to build the world you can see, even if others can't see it.”

This material was prepared by MarketingPro, Inc., and does not necessarily represent the views of the presenting party, nor their affiliates. The information herein has been derived from sources believed to be accurate. Please note - investing involves risk, and past performance is no guarantee of future results. Investments will fluctuate and when redeemed may be worth more or less than when originally invested. This information should not be construed as investment, tax or legal advice and may not be relied on for the purpose of avoiding any Federal tax penalty. This is neither a solicitation nor recommendation to purchase or sell any investment or insurance product or service, and should not be relied upon as such. All market indices discussed are unmanaged and are not illustrative of any particular investment. Indices do not incur management fees, costs, or expenses. Investors cannot invest directly in indices. All economic and performance data is historical and not indicative of future results. The Dow Jones Industrial Average is a price-weighted index of 30 actively traded blue-chip stocks. The NASDAQ Composite Index is a market-weighted index of all over-the-counter common stocks traded on the National Association of Securities Dealers Automated Quotation System. The Standard & Poor's 500 (S&P 500) is a market-cap weighted index composed of the common stocks of 500 leading companies in leading industries of the U.S. economy. NYSE Group, Inc. (NYSE:NYX) operates two securities exchanges: the New York Stock Exchange (the “NYSE”) and NYSE Arca (formerly known as the Archipelago Exchange, or ArcaEx®, and the Pacific Exchange). NYSE Group is a leading provider of securities listing, trading and market data products and services. The New York Mercantile Exchange, Inc. (NYMEX) is the world's largest physical commodity futures exchange and the preeminent trading forum for energy and precious metals, with trading conducted through two divisions – the NYMEX Division, home to the energy, platinum, and palladium markets, and the COMEX Division, on which all other metals trade. The CAC-40 Index is a narrow-based, modified capitalization-weighted index of 40 companies listed on the Paris Bourse. The DAX 30 is a Blue Chip stock market index consisting of the 30 major German companies trading on the Frankfurt Stock Exchange. The FTSE 100 Index is a share index of the 100 most highly capitalized companies listed on the London Stock Exchange. BSE Sensex or Bombay Stock Exchange Sensitivity Index is a value-weighted index composed of 30 stocks that started January 1, 1986. Nikkei 225 (Ticker: ^N225) is a stock market index for the Tokyo Stock Exchange (TSE). The Nikkei average is the most watched index of Asian stocks. The Hang Seng Index is a free float-adjusted market capitalization-weighted stock market index that is the main indicator of the overall market performance in Hong Kong. The All Ordinaries (XAO) is considered a total market barometer for the Australian stock market and contains the 500 largest ASX-listed companies by way of market capitalization. The SSE Composite Index is an index of all stocks (A shares and B shares) that are traded at the Shanghai Stock Exchange. The S&P/TSX Composite Index is an index of the stock (equity) prices of the largest companies on the Toronto Stock Exchange (TSX) as measured by market capitalization. The MSCI Emerging Markets Index is a float-adjusted market capitalization index consisting of indices in more than 25 emerging economies. The MSCI World Index is a free-float weighted equity index that includes developed world markets and does not include emerging markets. The CBOE Volatility Index® is a key measure of market expectations of near-term volatility conveyed by S&P 500 stock index option prices. The S&P SmallCap 600® measures the small-cap segment of the U.S. equity market. The Russell 2000 Index is a small-cap stock market index of the bottom 2,000 stocks in the Russell 3000 Index. Additional risks are associated with international investing, such as currency fluctuations, political and economic instability and differences in accounting standards. This material represents an assessment of the market environment at a specific point in time and is not intended to be a forecast of future events, or a guarantee of future results. MarketingPro, Inc. is not affiliated with any person or firm that may be providing this information to you. The publisher is not engaged in rendering legal, accounting or other professional services. If assistance is needed, the reader is advised to engage the services of a competent professional.